I met my dad for the first time today. Not the guy I grew up with but the one that makes up half of my DNA.  Sitting across the table his face was hidden underneath a full white beard that worked down to two points and a full head of hair that I was jealous of.  Baldness is not passed down from father to son but is instead snuck through genetics on the mother’s side.  Regardless of being hidden under layers of hair everything was revealed in the eyes.  The same as mine.  Blue in color, framed by wrinkles and swollen skin they were mine, twenty years from now they could be mine. 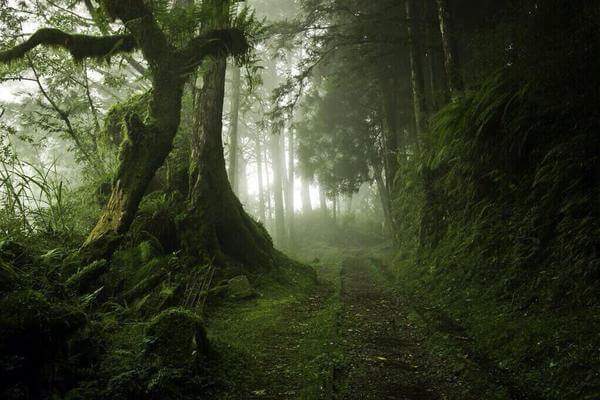 His beard was a sheet of white no longer making the transition to grey.  The long curly hair on his head on the other hand was still a deep brown color and had not lost it’s luster to time.

In high school he had been a long distance runner.  Relay teams and cross country were his chosen sports as a youth.  A slender good looking guy he had dated my mom until she became pregnant.  Regardless of his physical qualities and gifts maturing to such an event was not something he was able to do.  He admitted he was never suited to be a father.  He had married once, almost a mirror image of my first marriage, minus having a child.

“I have nothing bad to say about your mom.  She was a good woman and what happened was all my fault.”

So he didn’t stick around.  The events that happened in my life afterwards I doubt could have been prevented even if he had.  What I did learn during our two hour conversation answered a lot of questions I had about myself and why I never fit in with my mom’s side of the family.

Growing up I had an interest in martial arts.  I joined the track team freshman and sophomore of high school.  In college I developed an appreciation for classic and old movies. Around the same time I started listening to classic rock.  Some of this could have been influenced by the few bits of information I had about my father.  I bought all ten of Led Zepplin’s albums after moving out of my parent’s house.  The music was forbidden because it was my dad’s favorite band.

Some of the other things I grew an interest in would have had nothing to do with what I knew about him since they developed in his life after I was born.  Both of us went to the same tae kwon do school about a decade apart.  I was tired of being beat up by bigger and older guys in my neighborhood and he was tired of “getting his ass whooped” as a smaller guy.  Both of us had competed in tournaments with minimal success.

The interest in classic movies came from the dumbing down of Hollywood that has happened over the past few decades.  Learning that Casablanca was one of his favorites was a surprise since it’s not regarded as a masculine film.  A guy with a tough biker image, leather vest and matching chaps over blue jeans, is not the kind of guy that states he enjoys Casablanca.

While talking I started to notice he spoke with a slight lisp.  He wasn’t drunk or slurring his words, it was simply how he talked.  I wondered if he had always had this?  As a child I went to speech therapy for being unable to pronounce my “s” properly.  Now I wondered if that was genetic.

I told me later about being struck by lightening in the early nineties and how he has memory problems now because of it.  He described it as his brain shutting off at random times and he won’t know where he is or how he got there.  People he knew before the event he had completely forgotten and at times short term memory was an issue.  Wondered if the lisp was part of that event or if it was always there.

“Don’t ever get struck by lightening. It’s the most painful thing that ever happened to me. Plus it screws up your brain.”

I had been told by his side of the family that he enjoys drinking and beer is his preferred drink.  When we sat a the table in Old Peninsula and out server asked what we would like he ordered a root beer. I have to admit I was surprised.

“I stopped drinking five years ago for health reasons.  It doesn’t agree with my body. Gout.”

“Is this something I should look forward too?” I asked.

After lunch and realizing we were both well past our 90 minute limit of parking on the street we decided to leave.  He expressed his interest in seeing me again and going to car shows or aircraft museums.  He wanted to have me meet my grandmother, his mom, and two of my aunts.  In the end we parted ways after he gave me a hug.  The embrace was not expected and caught me off guard.  One hand wrapped around him and the other holding a to-go container I wished wasn’t there, we hugged for the first time before parting ways.

My father is a big man.  He walks carrying a paunch stomach and a waddle.  I can figure out if the way he walks is from his size or having bad knees from running.  My knees have told me recently they don’t appreciate running anymore.  A chicken or the egg debate came to mind which caused the other?

During this entire journey I have been greeted with open arms from every member of the family so far.  I had received warnings about what to expect and to not keep my hopes high.  When I first saw him on the street I admit I was reserved but polite.  I didn’t put myself out their and kept my defenses up just incase this whole meeting went wrong. Once I saw how open and honest he was about everything I began to relax.  The things I learned brought some closer to my life about the things that didn’t make any sense about myself.  Maybe everything can’t be explained by genetics.  After learning about my sister and now meeting my dad I can see there were things passed down from one generation to the next without environmental influences.

The lack or religion in his life was another pleasant surprise since I have come to the conclusion that all religion is false.  Granted, most of that side of the family has the same or similar view, but I had never met these people until now.  Being raised in a so called religious home and then changing my beliefs later one through reason I now wonder how much reason had to do with it.  Maybe religion is like a mental disorder.  When a child is raised in a home with obsessive compulsive people and then are taken out of that environment they will start to lose those habits if they don’t have the disorder themselves.

Whatever the case I now know more about myself and that the things I have done in the past were not strange or odd but simple a part of who I am.  Half of the picture was missing and now I’m starting to discover more that fills in the gap.