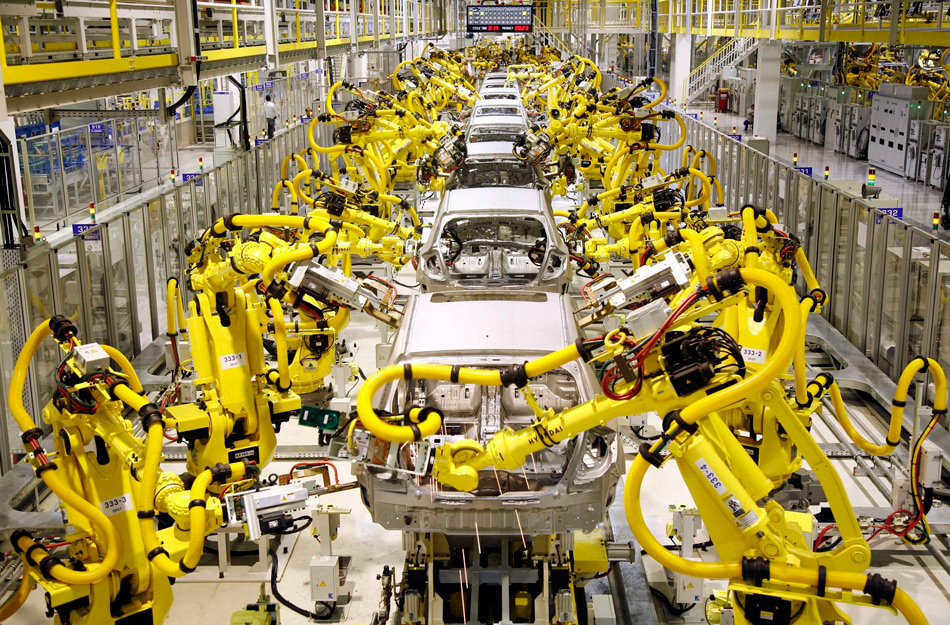 I read an article today written by Atilla Sulker called “No Andrew Yang, Technology Is Not Killing Jobs.” One should not be surprised to find that such an ignorant article was written by a high school student and depends on Patreon to pay what ever Fortnite bills he might have. Getting past his young age, Atilla tried to argue that technology creates more jobs than it eliminates. I don’t know how much experience Atilla has in the job market but I would guess it isn’t much.
My first job doesn’t exist anymore. I was a bagger at a grocery store when I was in high school. A few years after I left that job and started college that job no longer existed. Other jobs that disappeared from that grocery store includes the people working the bottle return stand, now a series of machines managed part time by one of the stock boys. The normal Sunday shopping would see twenty lanes open for check out all day long. The last Sunday I went shopping I saw four cashiers working at the store’s peak hours and a long line at both self-checkout lanes. The army of cart retrieval boys who would be in the parking lot was replaced with one guy and a “Quick Cart” robot that pushes up to thirty carts at a time back to the main entrance. 25-30% of the jobs this supermarket once had are now gone.
Over the last twenty years the jobs that technology replaced eliminated jobs from the market permanently. With every wave of invention, the participation numbers of Americans declined with the majority of those lost workers leaving the work force permanently. Currently, the US job force is 62% of the population. As the baby boomers continue to lose their jobs to automation, they will choose to leave the work force, retiring years earlier, and those jobs are not opening up to the younger generation coming into the workforce. Atilla, good luck finding a job in journalism when you graduate.
At the Library I work for we have several volunteers who once worked for the Kalamazoo Gazette. The news paper is only printed three times a week now and the majority of their material is found online. What was once a powerhouse of media is now a small office with twenty people writing their witty little click bate adds and offering the poor examples of journalism that litter the internet. Journalist, editors, and photographers now spend their hours sorting through donated books hoping for the day that they might see a job opening at the library they volunteer for.
Technology is killing jobs and it’s doing more than that, it’s taking away meaning from people’s lives. Suicide and overdoses now outnumber deaths from car accidents in the United States. I lost two cousins to both of these in the span of a year. Whatever jobs that are created when trucks start driving themselves, food service is replaced by robots, trees are cut down by machines, and people start checking out their own groceries at the store are going to be such a small fraction of the jobs that are lost you will have massive unemployment, an increase in suicide, and more people turning to drugs to deal with their pain. Add the fact that wages have not increased since the 1970’s to match inflation and that student loan debt is now at 1.2 trillion dollars we are now at a tipping point where the American workers can not support themselves in this economy.
One part of Atilla’s article that made me laugh was the idea that if the production of bolts was automated the abundance of those bolts would create jobs in places like automotive. I live in Michigan, those jobs, installing the bolts in cars, is automated now. I can let my uncle who worked for GM for thirty years tell you about that. Forced to retire early with a fraction of his pension he is one of those people I mentioned that left the work for years before he should have because there were no jobs for him to move to in his field.
Atilla may be onto something. He noticed Andrew Yang popping up in the news and heard his message and like the pseudo journalist infesting the internet he saw a click bate opportunity and took it. Atilla may have a future but he is ignoring the fact that the majority of America’s work force has no future in the current economy. You can help support Atilla and 71Republic on Patreon because automation and the internet killed real journalism in America and producing click-bate they are not directly paid for is the new shitty business model plaguing the industry. This is why we have Trump for president.