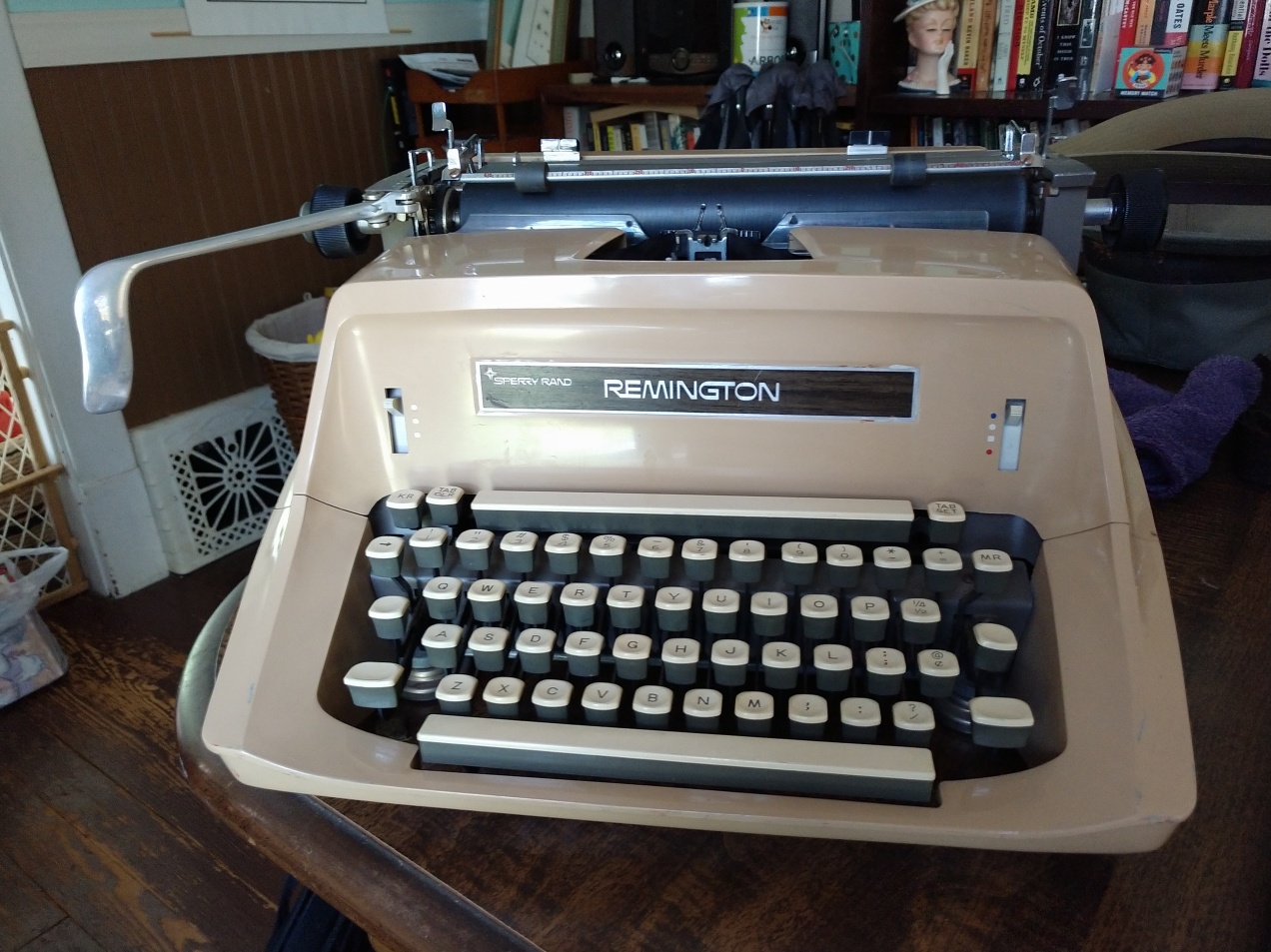 On my quest to find the best models of desktop typewriters I came across an attractive Remington from 1966. The tan body is made of plastic and the keys, although they are also plastic, are very durable compared to other models of the time. The machine is large and robust comparable to a desktop computer that would appear on the market twenty years later.
The Sperry Rand came in the mail wrapped in cardboard and bubble wrap. It needed some dusting and the body was polished before I started to try it out. The lever is long and easy to use. The keys have the usual tension adjustment found on the left-hand side of the keyboard. The shift keys have a lot of tension to them but the action of the carriage and keys is smooth. The biggest criticism that I have about the Sperry Rand is the lousy body that rattles and echoes the sound of typing as you work. The plastic body has minimal insulation that helps the situation very little compared to the long hours of work I would be planning to have with it. It is unfortunate that the design has such a big flaw. I suppose that if you were typing to music or didn’t mind the rattling this might be a good machine for you but I would have to pass when it comes to looking for a hardworking machine.
The Sperry Rand comes with spools that require the ribbon to be replaced with a metal ring sliding in the mechanism and a steel cover sliding on top. The capacity is larger and ideal for minimal ribbon replacement.
The sleek body reminds me of the cars built during that time period but I have to say, like many things that were built around that time, the transition to plastic was the biggest flaw that occurred during that time. Perhaps if it was built with a metal body, I would give it higher rating but the way things stand now I would have to say this is better as a show piece than it is for work.