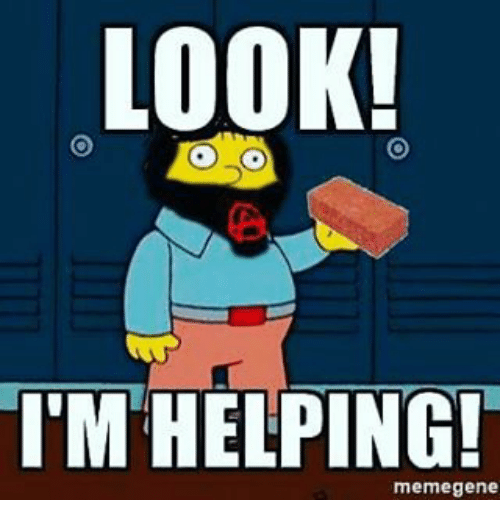 Let’s be honest here, there is a lot of horseshit when it comes to the discussion of racism in this country. Black Lives Matter, an organization created by black women after the death of Trevon Martin has been over run by an army of white guilt sadomasochist that enjoy nothing more than talking about there white shame while also trying to make others feel guilty about theirs. The movement went from a black movement to all races and now sexual orientation hijacking the plane and making it about them instead of the people it was started for. There was a time white black pride was the cause and anyone else trying to get in on the action would have their ass beat for trying to that the moment away from a black man or woman. “We got this. We don’t need your help.”

This sort of take over is becoming more common. During the #metoo events of 2016 the movement became less about empowering women who have been abused or oppressed by men and moved into the realm of trans rights. At the height of the movement Bruce Jenner declared himself a woman and was made woman of the year. Men are so awesome they are better at being women than women are. Keep in mind that Bruce still had his penis at the time, he never had a period and never will, he won’t ever give birth, and menopause isn’t possible unless he messes with his hormone medications. The focus of the movement became about something else and the movement was lost.

The brother of George Floyd spoke publicly about his brother’s death and told the protesters, rioters, and looters to stop what they were doing and that his brother wouldn’t want others hurt in his name. because the protest was no longer about George his message was ignored and the looting continues in Chicago, where 48 people were shot last week and 17 were killed in the deadliest weekend the city has seen. In Seattle, City Hall and third precinct were taken over and declared an autonomous zone. Protesters walk around armed and wearing body armor hoping the create some kind of left-wing utopia that has already started to fall apart after two days. The leader of the group, an 18-year-old named Lauracouc on Twitter, states that she is a lesbian Anarchist who wants to abolish whiteness, capitalism, and civilization while having a link to her cash app account. During their well thought out plan, the homeless were invited into their post-apocalyptic utopia, who immediately stole all of their food and left the autonomous zone. I wonder if they are still feeling righteous? In the video footage of this region I didn’t see one black person in the group. It should not surprise me that a black empowering movement should be taken over by communist Marxist like Jim Jones did in the 1970s. That ended well.

Today organizers of a protest set up stations on the sidewalk where black protesters could have their feet washed by white protesters in a feeble attempt to say they were sorry, for things they didn’t do, or did they? What is it that these people are hiding that would make them go to these extremes, or is there something more sinister at heart like a foot fetish of the dark variety? In a biblical sense I can see the comparison, a woman has nothing to wash Jesus’ feet when he was a guest in her house. This was a common tradition in the middle east at the time so this act actually meant something. She used her tears instead and dried his feet with her hair. I doubt the protesters went to such extremes and unless they did a pedicure afterwards the meaning is lost. After all what is the point except for some symbolism that will be lost on most of the crowd due to lack of education and an inability to read. I have seen more than my fair share of misspelled signs and poorly articulated arguments from these protests.

The 60s were a time of great change for black folk. They secured the ability to inherit wealth, receive equal education, and secured equal protection under the law. While some people sought to go back to their roots in Africa Malcom X changed his name to symbolize a new start, the beginning of his family starting with him, separating himself from his African roots. The world was going to be better and it was going to start with him, until he was shot in the head, but that ruins the story doesn’t it.

Black people don’t need our help. They didn’t ask for it and from what I can tell they don’t want it. In Grand Rapids Michigan 6 out of the 8 people that have brought up on charges of rioting were white. These people are not helping anyone, not even themselves. As for the notion that “silence is violence” you should be glad I as a white man is saying nothing about the protest (until now). I wasn’t marching on the street throwing rocks at the police making you look like a bunch of assholes. I kept my ass at home, shut my mouth and let you do your thing. Others didn’t have the same respect instead making it about them and their cultish white guilt.

I would suggest one thing while continuing from here, tell your white friends to go home and stop fucking things up for you. I’m forty-one years old and I can not recall all the times I had been told that black folks did not need help from a white man and I respect that. This is the American way, pave your own road, make things happen and don’t count on anyone else to make your dreams happen for you. I guarantee you that the white people who are running these events will stop when they get what they think you need and leave when you haven’t received what it is you are looking for. You are being used.

We are at a strange crossroads in this country where both side of the political spectrum want the same thing but the media tells us hat both sides are dumb. A few months ago, protesters stormed the capital building in Lansing, Michigan demanding an end to the lock down. They wanted Life Liberty and the pursuit of happiness. The BLM protest wants Life Liberty and the Pursuit of Happiness. And yet each side scolds the other about their “white privilege” and “looting pieces of *&%$.” And yet they are both demanding the same thing. Maybe next time you organize a protest you should invite the white guys with guns who will keep the police away and protect private property at the same time. If you are looking for white friends to have that might be the group for you. The current assholes you are hanging out with are doing you no favors. BLM has already turned into Gay Pride, next month it will be some other horrible cause that you are shadowed by. Take back your cause and get something done, otherwise all of this was for nothing.