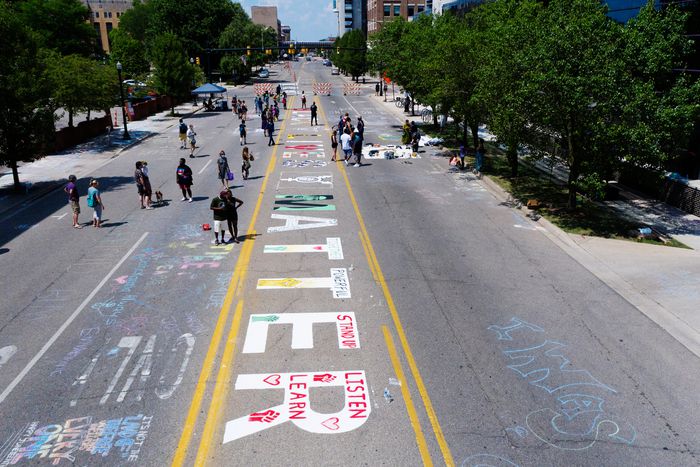 A wise man once said “if you don’t like this country you don’t have to live here.”

2020 was a shit year for everyone. If it wasn’t a bad year for you, you are a liar. I’m going to skip the lies coming out of China and the stupid lockdowns. Let’s get right into, who Spike Lee refers to as “king George Floyd.” Some shit goes down and everyone is accusing a cop of murder while the press refuses to release the full video of the incident for 9 months. This should have been everyone’s clue that they were being lied to but people for the most part are stupid. Then came the protest, nope sorry, I mean riots. While I thought that my city was immune to such things it turned out I was wrong. The library had already gone on lockdown with employees working from home. After major riots around the country, it was only a matter of days until things heated up here.

The police were ahead of the curve warning people to stay home. The owner of the brewery I worked for received a phone call from public safety telling him to secure his building because of the threats for rioting and looting that were being made. Local supermarkets like Meijer and Wal-Mart closed early, securing their doors with rows of shopping carts blocking the main entrance to the building. As the sun set the city grew quiet. The consent sound of tires squealing and gunshots in the distance stopped and for a moment I thought that the threats that had been made were without merit and that I would wake up the next day to a city still intact. I was wrong.

I woke up to news stories filling my feed of the riot that took place and the mall down town destroyed and looted. That was only a part of the story. I woke up early along with my second daughter who had only come home from the hospital a few weeks before and drove downtown to see the damage myself. I sent a text to the brew master telling him the brewery was not damaged. Across the street, plywood was already put up where picture windows in store fronts had been smashed. I walked down the mall to see the majority of businesses with their windows smashed. The owner of a local sporting goods store was still sweeping up the broken glass where looters stormed inside and stole shoes and clothes off the racks. That wasn’t the end of it.

I went back home and noticed an email from work. the director had stated that all library locations were intact and no damage done. It was simple, two sentences covering his responsibilities for facilities he was in charge of. These are multimillion dollar buildings not including the materials inside. I for one, already knew the building was find because I had gotten there before anyone else and even spotted one of the maintenance people going inside while I was leaving.

The response to that email was shocking. Some of the lines I recall are as follows:

“Why are we putting the price of buildings over the value of lives? I thought we were better than this.”

“The riot didn’t start until the police showed up.”

“I’m more worried that white supremist did it to make BLM look bad.”

And the responses went on and on. I thought about replying, to say that I had seen the damage, by that point I had seen the video of the people looting the mall that had been posted on twitter. It was clear who had done the damage downtown, but like any cult you can’t change their minds with things like facts or evidence. And there was the very real possibility of me losing my job because I offended someone. I will get to that story later.

It turns out that the police chief was ordered by the city council to stand down because the rioters and looters were “Peaceful Protestors.” To this day the city has not helped any small businesses recover from the damage. Many of these businesses no longer exist. However, the city did allow the same people responsible for the damage to the city to come in and paint over the boards protecting the businesses. While businesses were posting “please don’t hurt us” I mean BLM signs, the choice was made by an incompetent government to use property they did not pay for to use as murals. I guess it was okay for these people to spray paint all over the limestone building that used to be my back. Let’s not forget it is also one of the oldest buildings in the city and holds historical value.

There was a Zoom meeting that was required every week with work. People set up their laptops in rooms that made them look smart or used fake backgrounds. The next meeting was the real kick to the crotch that I did not expect. The first thing brought up was the riot and the email. The director apologized to the staff for being insensitive and said “I support Black Lives Matter.” I wanted to hang up the call right there. The director, with his balls being held in the hands of local terrorists, submitted to the woke mob and declared the direction the library would be going in. By this point I had already seen Patriesse Cullors interview stating that she was a trained Marxist. I had seen the BLM website and their declaration that they wanted to abolish the nuclear family. Somehow, the library had fallen in line with this cult and now it was policy. I watched my city destroyed and now my place of employment was siding with the enemy. I should not have been surprised after the things I had seen over the past two years and the struggle session I had to endure almost a year before.

In July the library reopened and most of the city was still locked down with boards over windows and mask required everywhere. One day I walked into work to find pain cans everywhere and our brushes and rollers dirty waiting to be cleaned. Outside, one the street next to the building was a one block long mural stating “Black Lives Matter.” The paint had been supplied by the library along with the brushes and rollers used by volunteers to create it. The event had been organized by library staff, the paint and materials also supplied by the library, paid for with tax payer dollars. On two spots on the mural was the red communist fist. It was clear who was putting these things together. While the staff continued to talk about equity, equality, anti-racism, and white fragility, these were codes words for something else. By this time, I was already planning my escape from the library prison system. It was made clear the years prior that I was not welcome there and being a straight, meat eating, white male was an offense that deserved a constant hostile work environment. The following month I left and have not regretted it since.

One thought on “Working for the enemy”