What may seem like poverty to one man will appear to be a paradise to another. The photos of your friend “Bud” were eye opening, seeing the farm and your writing space in the granary. I noticed you were writing with a Comet and knowing how horrible those machines are it is no wonder you chose pen to paper instead. 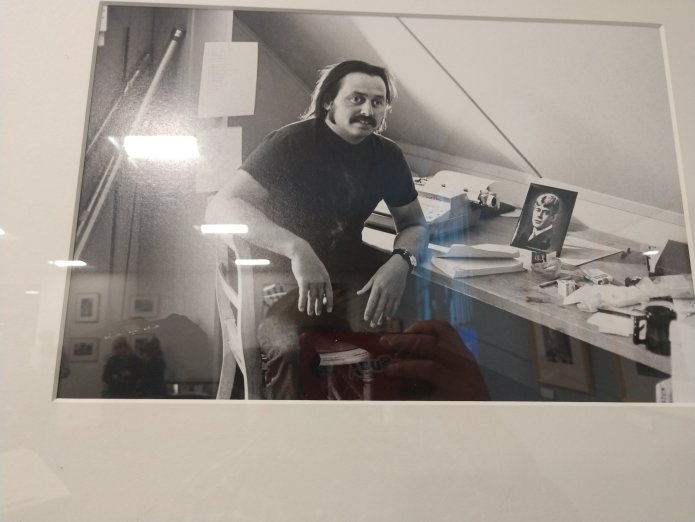 That moment was captured when you read the letter saying Wolf had been accepted for publication, the cigarette in your hand with a spiral of smoke hanging in the air. 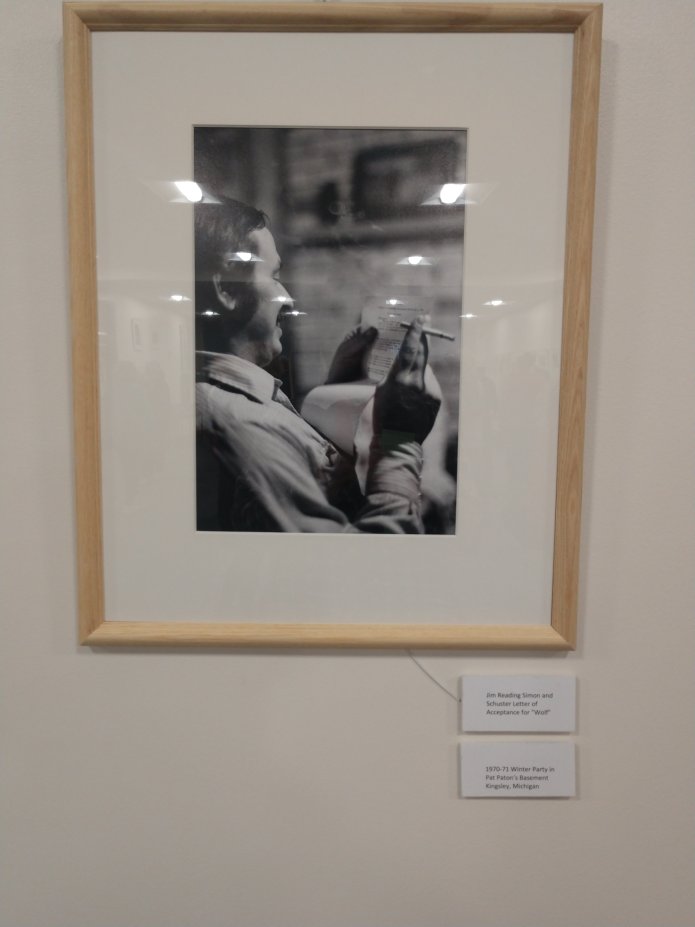 The Library of Michigan put on a decent show although the cheese and crackers might have been an insult to a man of your appetite and taste. Still free food is free food and for some reason I could not partake of the offering. Your desk was on display sealed in by a glass wall with your legal pad and pen sitting the way you had left them. A picture of Yesenin framed to the side, given to you by a friend. 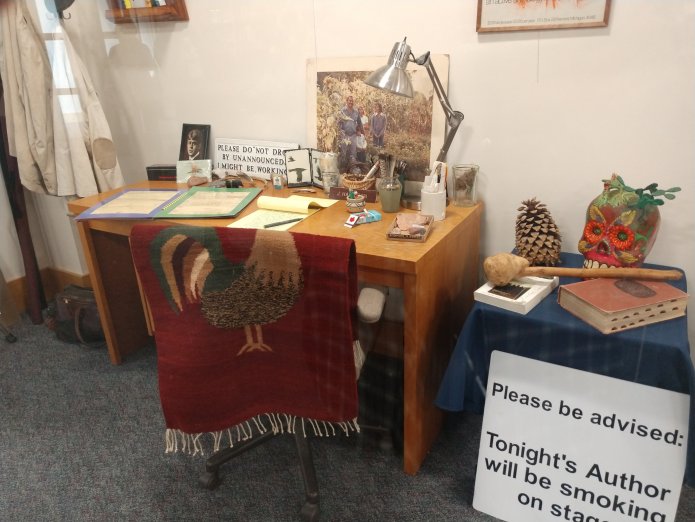 Your assistant was there telling tales of the man only she knew and spoiled the fun of all the emails you had not sent over the years but labeled with your name. Many confessions come out after death and not by the deceased. The tale of Brown Dog was explained with a postcard you had sent. 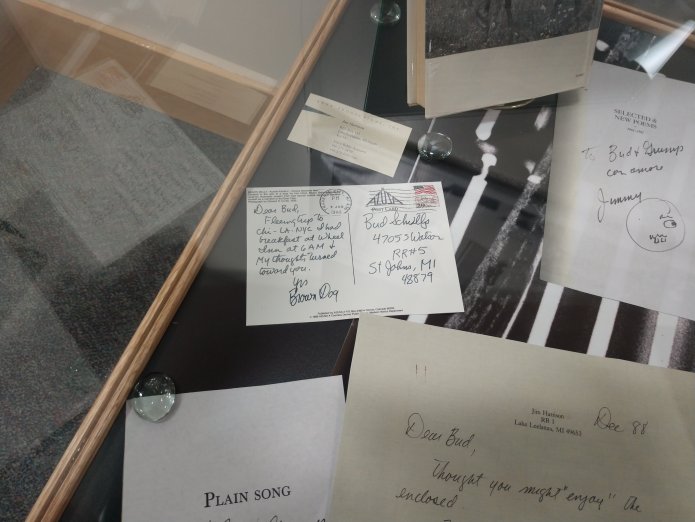 Your distaste for things modern is well known. Coming to know you has expanded my reading list tenfold. Thomas McGuane, Rick Bass, and Peter Matthiessen have been added to my shelves, thick books that I have no idea when I will get to them. For some people writing is more of hobby instead of a lifestyle. And let’s face it, if it was my profession, I wouldn’t have time to read anyway. I would have some agent, publisher, or bill collector breathing down my neck wanting to know when the next book will come out so they will get their next check. Reading is for the young and I squandered that time with comic books and horrible movies nobody cares about anymore. The art of reading is dying while everyone thinks they are a writer. There are too many chiefs and no Indians to follow the pages being published these days. The world of literature has become a twitter storm of everyone trying to be heard and only the dumbest of comments being recognized by all. Tonight, I celebrate seeing a glimpse of your life with a bottle of Tresor de la Riviere Cotes du Rhone from 2014. I fear it might have gone bad since it was on sale at the local grocery store. They try to be upscale and I can’t fault them for trying. I figured a French wine for under ten bucks couldn’t be too bad, or could it. I guess if I don’t wake up in the morning, you’ll know what happened. Dinner was a meal of French onion soup with parmesan cheese sprinkled on top and a sherry cooked into the onions. Stuffed buttercup squash baked in the oven until the goat cheese was roasted brown. It might not have been woodcock or quail but it was a meal to be enjoyed. I started reading Wolf yesterday and life for a young man was different from the environment today. A generation wasting away while a handful of assholes run the place into the ground. To do anything declared manly is to invite trouble. In this day and age men would have to form knitting circles and learn how to lactate in order to gain any attention from women. The whole thing is disgusting and yet in some ways they have not changed. No one should be surprised to see that the bestselling book during the height of the women’s me too movement was an abusive piece of garbage that was so bland the title was even grey. In a colorful world the simple-minded try to turn everything into black and white while the rest of us are forced to form into a pattern of good and bad, male and female, black and white, without asking us if it is okay for us to just be who we are. You weren’t good at life but you knew how to live, getting the most out of everyday until your last.