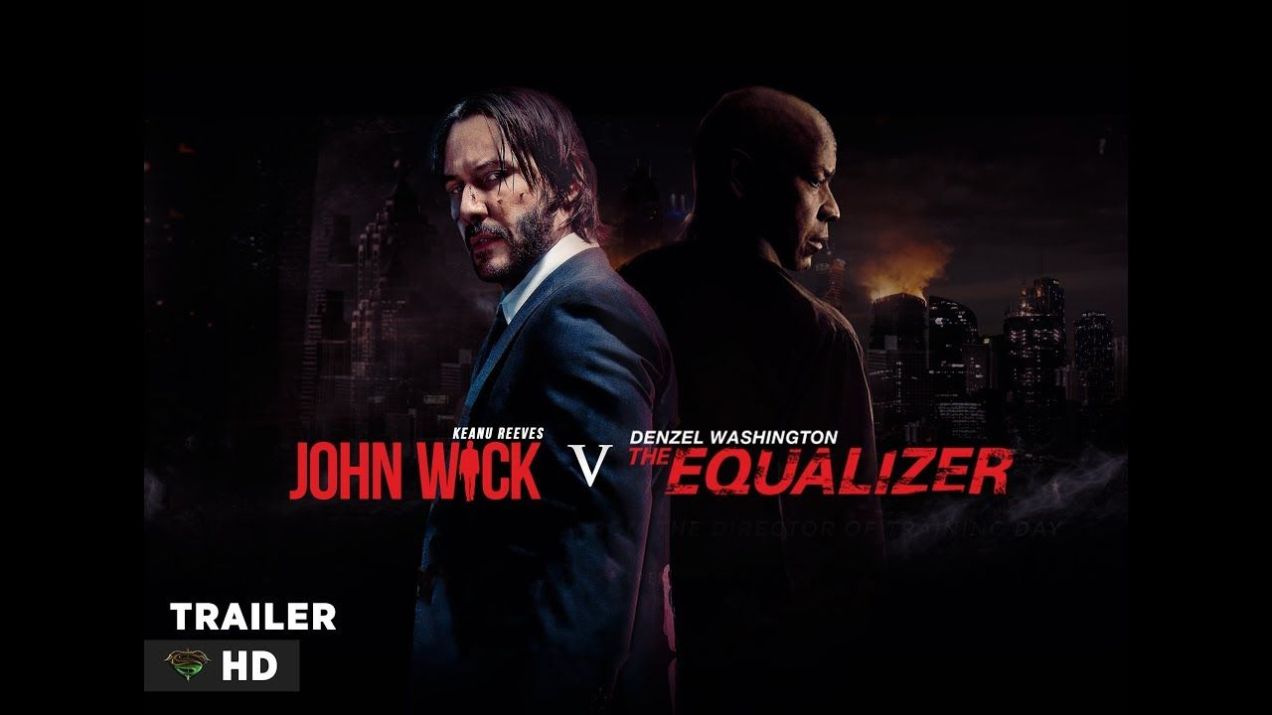 This post started out as a joke, John Wick and The Equalizer walk into a bar… Then the question turned into a conversation about what would happen if Wick and McCall met? Of course, it turned into juvenile discussions on Wick’s fighting abilities and what McCall used in the room, unfortunately never a pencil. While Wick rolled on the ground with one of his soon to be victims McCall would stop the timer on his watch and figure out how long it took him to put his guys away. Because Hollywood has a lack of interest in anything that doesn’t involve cocaine, I doubt we will ever see a John Wick/ McCall crossover in the future, our only hope would be some form of fan fiction and that is never good.
Between the two movies I have to admit a fondness for both. I enjoy Reeves learning the techniques he will use in the movies to make the scenes look as real as possible. As for McCall I understand that Denzel also trained in military combat arts in order to fill his role. McCall rarely uses a gun but he is familiar with them. Wick on the other hand is picky about his choices and suits up before battle.
Both men have a tale of lost love haunting their past. While McCall has been struggling with the loss of his wife for years, Wick is pulled back into his former life only days after his wife’s funeral. I’m sure that finding his dog dead lead to some form of PTSD that he can only work through with a body count.
McCall I would have to say is the thinking man’s action hero. Working through the 100 books to read before you die, McCall has the mind of a philosopher not only helping himself but the people that he meets along the way, a one-man A-team.
John Wick appears to be an educated man, one who was raised by Russian mobsters to become a killing machine. There is no telling what he did during retirement, if he furthered his education or if he left his talents slip in an attempt to have a normal life. The closest we have seen John come to reading a book was when he beat a man to death at a library.
McCall lives by a code, the way of the warrior or a code of chivalry, take your pick. Even though he faked his death he can’t help himself in bettering the lives of those around him. McCall willingly chose to come out of retirement while Wick was pulled back in out of revenge.
One could say that their talents are equal but I would have to put my money on McCall, the one-man killing machine who uses whatever is in the room at the time. Unfortunately, the fight would end in a stalemate, or never happen at all. John kills those that are trying to kill him and McCall only acts when he is being attacked. Since both men are civilized and have no reason to fight one another the closest we would ever come to seeing the two of them fighting is a conversation at a bar where John has a glass of whiskey and McCall enjoys some tea.
It’s disappointing to see that the Equalizer doesn’t have the following that Wick has. There is no telling if a third movie will ever be made. We can go to the books for something to keep us interested but overall the books are completely different from the movies and to be frank, they are not good in content or literary skill. They read like a sterile medical report, only stating the facts and using details that are not needed for shock value. Denzel’s portrayal of the Equalizer is the only form we have and the closest we can come to enjoying this character even more is to look into his reading list which most people agree doesn’t exist. One such list was found online but after the sequel came out it became apparent that McCall was going by a list that doesn’t exist. Between the World and Me was showcased in the movie and doesn’t appear on any list with the previous books that were discussed. The best a fan can do is read what appears in the movies and go from there. Who knows if anyone was able to track the books on his shelf in the first movie and make their own list?
When it comes to the coolness factor Wick wins hands down, but not because of Wick but the world in which he lives in. If you are a nerd and want your own action hero then McCall is the choice for you. If I was a betting man, I would put my money on McCall for the better fighter. His appearance makes you underestimate him, dressed like your grandpa working as a greeter to your local Walmart, no one would expect McCall to be able to kill an active shooter with a clipboard and a nametag but we all know that he would. In the end the Equalizer is the thinking man’s action hero and therefore the superior star between the two.