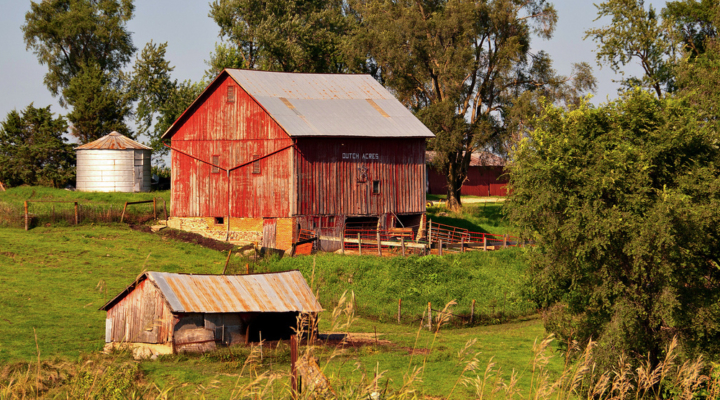 There is an experiment taking place. One that everyone is a part of and the end result will appear at the end of the year. A free democracy is being tested and the rights that we enjoy are being pushed to the limit during an election year. The people who use free speech the most promote the limitation of free speech to anyone they declare are using hate speech. A minority group is demanding the defunding/ abolishment of the police departments across the country. Armed black men took to the street, with a police escort, demanding reparations from motorist that had to wait for the group to pass by. As of today, a Muslim congress woman stated that not only did we need to get rid of the police but we also needed to abolish our political and economic system. I am hoping that she was only elected to one term and we never have to hear her speak her non-sense ever again.

This has happened before, and like most insane movements, these people look back at history and say to themselves “They never got it right. This time it will be different.”  The communist revolutions of old killed over 100 million people during the last century and it is currently repeating itself in Venezuela as I write this. Even the mini experiments that we have seen in this country are turning out the same way. CHAZ lasted almost a month before the police were finally sent back in to do their job. Five people were killed and the last one was a 16-year-old kid who was shot at in a SUV with over 300 rounds put through the vehicle during a ten-minute time span. A 14-year-old survived. The kids were not armed.

BLM and our current justice system are engaging in a strange double standard that they don’t quite understand. In Indiana, a black man accompanied with a handful of friends went to a private party, on private property to protest the fourth of July. When he was attacked, he called the police, the same people he was protesting against. BLM has been using this tactic on several occasions to try to appear as a victim while being the instigator. A woman in Michigan pulled a pistol in self defense after a woman and her two teenage daughters followed her to her car and refused to let her leave, going as far as to jump behind the minivan while it was backing up. The woman and her husband were charged with assault and the husband lost his job. Meanwhile the police are no longer doing their jobs. Consider it a justice strike. As of July 7, 2020, not a single person has been arrested for the looting and riots that happened in my home town of Kalamazoo Michigan. The event was captured on cell phone video from a balcony above the downtown mall and yet nobody has been arrested. A few weeks later, a mural was painted in the street reading Black Lives Matter in full view of my place of employment. The same group that was responsible for the destruction my city saw was allowed to tag their work for everyone to see. The cowardly acts of our political leaders are adding to the carnage. At this moment autonomous zones are set up in New York city and Atlanta Georgia. CHAZ Atlanta is responsible for the death of five people so far including an 8-year-old girl. The governor finally called in the National Guard.

If it wasn’t for the fact that communism has never worked, I would say that we should let these psychos try their stupid ideas out for five minutes and see how well they do. This doesn’t need to happen since we already have their own autonomous zones to look at. People are dying at higher rates than with the alleged police brutality and when things do happen, they still call the police. I read today that the average college graduate is found to have a fifth-grade reading level and with the actions of these protesters we can see they have the maturity of a third grader. Our current national system is a mixture of Lord of the Flies, 1984, Animal Farm, and Fight Club. His name is Robert Paulson, get it right.

I find myself doing the most American thing I can think of, retreating. Not for the sake of saving my own ass but in order to fight another day. The city I have called my home all of my life has become a huge disappointment; it always has been but as of lately it has truly shown how weak and infantile it has become. There are two Michigans. The lower portion of the state where most of the population lives and north of Grand Rapids. On any political map you will see blue dots in Detroit, Grand Rapids and Kalamazoo. In the north is a sea of red and you won’t find any of the bullshit that the cities have to put up with. When Covid hit I kept telling myself that I should have bought that cabin in Cheboygan or in the U.P. and now I think it’s time to pack up and find a new place to call home. I know how the companies work in this town. They will cater to the biggest piece of shit on the planet for the sake of not being called racist and any white man is on the alter to be sacrificed to the lame ass god of anti-racism. I already walk on egg shells worrying that somehow some way I will offend someone and I will have to turn in my keys and ID and be escorted to the door. Let’s face it, the first amendment, with all of the fake news and alleged “peaceful” protest is dead. People can walk onto your property, threaten you, and you are not allowed to do anything about it. When your place of employment says that they want to allow people to have open discussions in a safe place at work, that doesn’t include your opinion. The media currently doesn’t cover the deaths caused by BLM instead twisting headlines with assumptions and false accusations. The country is in ruins and it is time to run for the hills. If you are from a small town move back there. If you live in the city, cash in that small house or condo and find a piece of land in the middle of nowhere. Unemployed college students and biracial Marxist baristas can’t afford the gas to drive into rural Nebraska to continue their march to equality. The cities depend on food. They need supplies. To have a piece of land that supports so much more than the family that lives on it is to have power. When the trucks stop, when the police no longer answer 911, when the power goes out and the water spots to flow, that will be the oh fuck moment when these whiney little shits realize they don’t know as much as they thought they did.