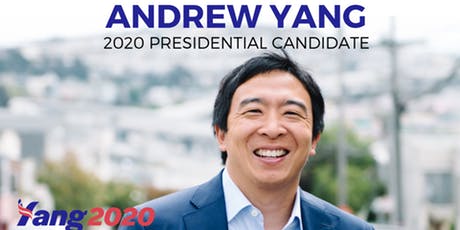 Today I head to Chicago where I will be observing a Yang rally in the Green House Loft in Old Town. It’s a two hour drive one way and while I would like to turn this into some kind of windy city fear and loathing style adventure, I am going on this trip alone. There is no lawyer coming along. The trunk won’t have anything besides a spare tire and an emergency bag incase some shit goes down. No, this will be a professional series where I will share what happened, what was shared, and finish the day with a beer at the Old Town Ale House across the street from the Second City Comedy Club.
Yang has made some headway since the first time I talked about him or heard him on the Joe Rogan podcast. Major news media outlets are starting to mention him. There has been talk about Bernie considering him as VP if he receives the nomination. Personally, I think the VP slot is a pipe dream that others are pushing for the hope that Bernie might have it pass by his ears, but we can still have hope.
The first debate will make or break Yang. He’s busy these days, driving, speaking, and sleeping non-stop as he constantly moves through the country passing his message along. I don’t know how he does it. How hasn’t he put on trucker style weight? Where are the bags under his eyes? Why is he always chipper? The man who is fighting the robot horde could in fact be a robot, the trojan horse of the coming economic overhaul we all fear. Maybe we have already received clues as to the robots walking among us. There was the “Dancish” contestant who performed gravity defying stunts on stage for America’s Got Talent. Sex bots are on the market. Robo calls sound like humans. The list goes on and on with no end in sight.
Yang is a man with a drive. If you listen to his story, he has been doing this kind of thing since he graduated from college. It takes a certain skill, a talent to keep going under these circumstances. Like an Asian Batman Yang is proving to not be the candidate we want, but the candidate we deserve.
More to come…