For anyone who has seen John Wick there are a few things that stand out regarding economics and jobs. For one there is the obvious gold coins that are used for all purchases regarding Continental interactions and while these coins seem to be used for just about everything there is a universal acceptance for this currency.
In the first John Wick we see him dig up his stash, the never open unless it is an emergency, box of goodies filled with gold coins and of course guns. These are his tools of the trade and like some Americans in the coming months they will have to dust these off if they plan on making it through the recession and keep all of their shit. Some say that cash is king but let’s admit it with the way the federal government is run and inflation always on the horizon is there any reason not to buy into something tangible like gold and silver? This movie could have taken place in the book of Eli and Wick still would have had enough money buy Mila Kunis and kill all of Gary Oldman’s goons. Gold can be transferred anywhere. t literally is the safest thing beside the US dollar that a person can invest in.
John Wick has a special skill that everyone knows about. It pays to have a talent. When you are the only person that can fix something, people call you. Thing works for plumbers and hitmen. If the job is something complicated and needs to be done immediately you call the best. John wick has that talent. Be the best at your profession. When times are tough people are not willing to throw their money at a maybe. They want results and something that won’t cost them more in the end. If you are a plumber, be the John Wick of plumbers.
In John Wick Chapter 2, he takes a job that he doesn’t want to do. This may happen to many people that are out there in the job market. Jobs that you don’t want but are necessary for your profession come along and you will have to do them whether you like it or not. Be brave, be bold, and cap an ass or two if need be, but get the job done.
Shit will get real. When the recession hits people will be job hunting and things will be limited due to hiring freezes and people wanting to pay less for the most common work. Expect assassination attempts at your reputation. Reviews might come up on google and yelp saying “John Wick sucks at plumbing” and suddenly you are being hit from all directions. You are the best at your field and you are a threat to the rest of the plumbers trying to find work. It sucks but you must battle through proving you are the pipe cleaner of everyone’s dreams while others are trying to prove you wrong. Stick to your guns and keep gong cleaning out the competition.
So, what did we learn from Mr. Wick? Diversify your savings into something that holds up when the world goes to shit. Who is going to turn down a gold coin, free from taxes and inflation? Keep up on your skills and tools. Keep up with your connections because you don’t know when you will need them. Keep people loyal to you around when times get tough, even if it is a dog. Call upon those that owe you and won’t let you down. Do jobs that you normally wouldn’t do, it will pay off in the end. Don’t let anyone screw you over. Above all else, if someone hits you below the belt, take them out.
I’m not sure if there is anything else to add, if so, leave a comment below. 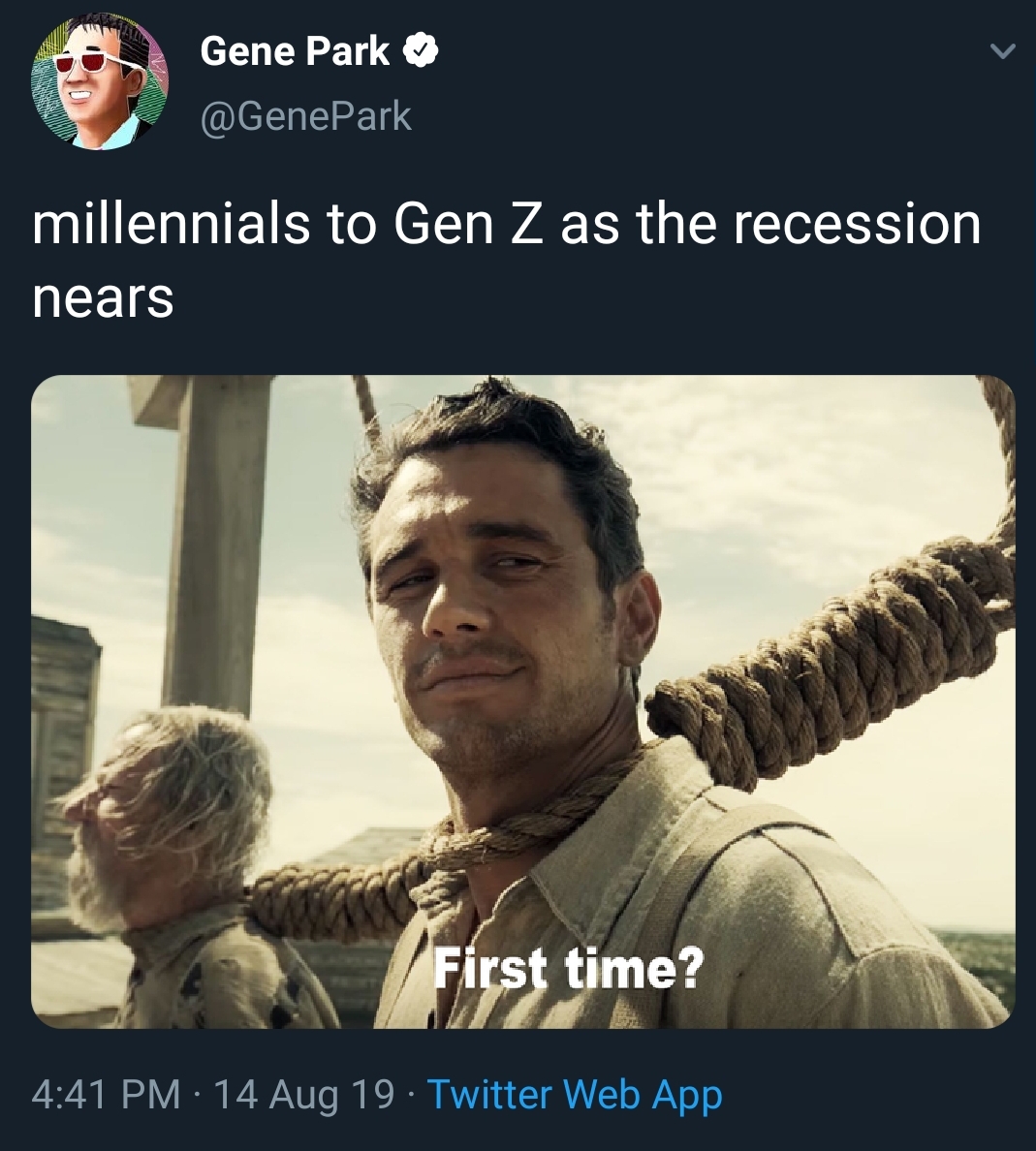 I thought I was the only one that noticed. For the longest time I wondered if I was the only one that cared. Things have changed in the last couple of weeks. With GE being at the forefront of becoming the next Enron, I can’t help but notice that things are starting to fall apart all around us. Locally there are signs of something coming our way. A local brewery, restaurant, and Sears have closed their doors. Not to mention that our local hospital is on a hiring freeze. Across the country farmers are depending on federal aid to keep their farms due to tariffs and a crappy planting season.
Last week it was announced the five largest economies in the world were facing a recession or about to go into one. Trump’s denial of this gives me a feeling of Déjà vu as I watch another republican president say one thing while discussing what to do in the back room of the White House. I try to spread the word, telling people not to spend their money, invest in something tangible, stop buying that $7 coffee in case you don’t have a job a few months from now. It would appear I don’t have to say anything.
Last week a board meeting at work almost came to blows as tensions rose and voices yelled in a small room about numbers and budgets. Last I knew things were going well and we had a surplus of cash. It would appear that some people see what is coming down the tracks and know that we can’t keep running things the way it has been for the past decade.
In my own life I started making cuts, cooking more food at home, buying silver with spare cash after my bills are paid, and putting my house in order. Last year my father in law died. It has been a lot of work but there was a house of items to go through and while a lot of it went into the trash due to mold, the rest saved us some money by not having to buy new things we might need in the future. I started to eat out less, only drink beer that is already paid for from a deal I made with a local brewery owner to clean his place in exchange for beer, and I drive less. I would say that my belt buckle with tighten but let’s face it, in this country the poor become fatter.
There are three bubbles that will likely pop during this time and any of them could send the country into a total shitshow. There is the housing bubble, something that was fixed until laws were overturned and the prices on houses skyrocketed again. The student loan debt is an obvious problem, if we head into a recession most students will stop paying on their loans in order to keep a roof over their heads. Then there is the new car loan bubble, horrible POS models sold to naïve customers with 7-year loans for cars that might last them a year or two. The economy, if compared to ten years ago, is officially FUBAR.
It pisses me off that the talking heads on certain news channels keep telling their viewers that all is fine and the experts don’t know what they are talking about. Meanwhile these people plugging their opinion are nothing more than experts in talking, vomiting out whatever their dark overlords tell them to. It’s rather pathetic.
If you haven’t been saving money, start now. Make sure you are a valuable part of your department at work. Keep your car running. Fill your pantry. Buy durable clothes. Protect your money. Protect yourself. Ignore the talking heads on television and look at the world around you. The writing is on the walls and only those that choose to be blind cant see it.