The following series is more of a therapy for what I had experience over the last four years and hopefully a show of support for those who experienced something similar. If you were to ask me what was the hardest or toughest experience of my life you might expect me to say having my daughter in the NICU for 91 days after being born at 23 weeks and weighing just over a pound. That would be the wrong answer. No, there was something worse that happened to me, a form of mental abuse that doesn’t go away, I know this because even after moving, working several different jobs, and finding ways to stay busy all the time, I find my self thinking about this every single day. My mind is tired. My soul is still crushed. My heart remains broken.

I can sum everything up into a few words, Wokeism, Communism, and CRT. This is what my life revolved around for three years and I didn’t know it at the time. I didn’t care for my job at the County, a dead-end position with no future, no advancement, and less pay as time went on. Funny how government works like that. I had a friend from college who worked at the local library and the pay and benefits seemed to be good, if fact they were some of the bests around. Low 30k for starting out in the maintenance and custodian department plus health insurance that actually covered medical bills. Where do I sign up? Clearly this is a place that must have its shit together, right? I applied, was hired, and started working at the library.

The people were nice, most of them. There were those who wore a mask and while they smiled you had the impression that you were wasting their time. The checks started to roll in and I had health insurance the same day I started. Things were looking pretty good.

Not long after I started working at the library my daughter was born. For the full story on that you can look up my book Hobbit Baby or find the original blog post on the Good Men Project website. I never left work. for the 91 days my daughter was in the NICU I continued to go to work, running over to the hospital on my lunch breaks and after work. I wasn’t through my probationary period yet and didn’t want to risk losing my job like I had seen happen to so many others at the local hospital while I worked there. “Oh, just take a day off. Go to the funeral. You need to take care of that.” The manager would say, then a week later call the same employee in to write them up or fire them for too many occurrences. After working at a “caring” hospital I didn’t trust that I wouldn’t be kicked while I was down.

After 91 days Zoey came home and I continued work. I had picked up an extra part time job at a local brewery cleaning the restrooms. I learned from the owner that his bartenders refused to clean them after work and he needed to have somebody take care of them before the place opened. My friend from college did that job for a while until he quit. Then the reigns were handed over to me. I would stop in during the morning hours and clean but then their hours changed. Lunch wasn’t a big selling time fore a brewery so they switched to evening hours. I started to leave an hour early to go to work and cleaned before starting my shift. I would clean the bathrooms, chat with the brew master until I had to be at work, and that was it.

The time that I started my shift was the same time that the day shift finished. The brewery was one block down from the library and there were a few times that I would leave the brewery, locking the door behind me, and walked to work passing library co-workers on the way. It didn’t take long before my friend from college took me aside and asked “Are you drinking before work?” Unknown to me, a rumor had gone around the library that I was an alcoholic and that I was drinking before coming to work. People also knew that I had the side job and used to payment of beer to take my wife out on the weekend without it costing a fortune. Here is the weird thing about this situation, I was never accused of drinking on the job, meaning that I was never taken to the hospital to have a blood draw. The rumor itself was viewed as a fact and I found people treating me differently and looking down at me while I was there. Some of the things I had seen in previous weeks made sense after my friend had taken me aside. Even stranger was when I asked the evening shift supervisor if he had heard the rumor. With a stern look on his face he said “if I ever think you have been drinking on the job or smell anything that resembles beer coming from you, we’re are going to the hospital and doing a blood draw. Do you understand me?” I didn’t understand his reaction and clearly, he had heard the rumor and from what I was gathering he must have thought it was true. This should have been my first sign to get the hell out of the library and find another job but the pay and benefits were so good I told myself this must have been a fluke. I continued to work for the brewery until the Covid-19 plandemic of 2020. At no time was I ever tested for alcohol while working at the library.

End of part one. 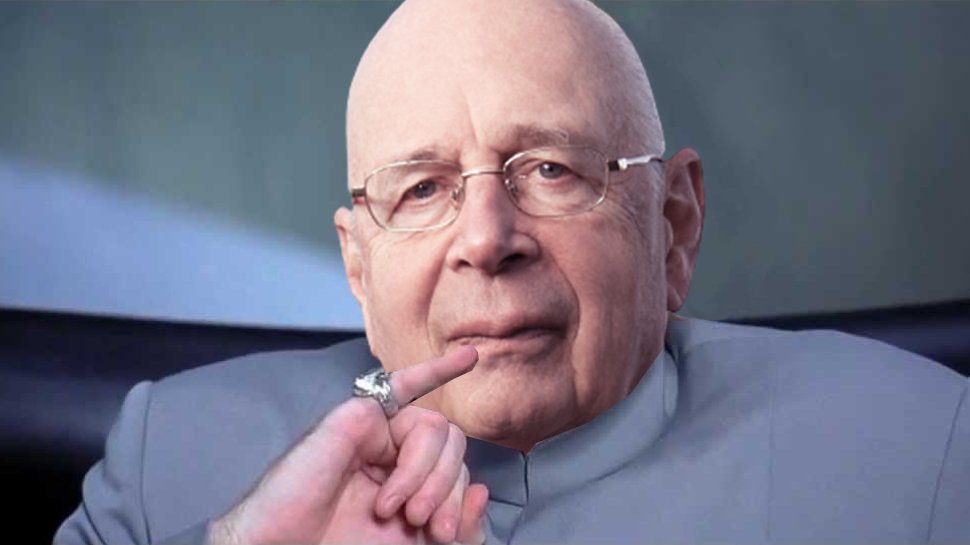 To understand the great reset, you have to look back to the predecessors that came before. In the early 1990s the United Nations gathered together and put forth a plan to fight climate change and over population. If you have read a Brave New World you can easily picture what it was they decided on. 90% of land would be deemed man free zones, no tourism, no camping, just plants and animals. Then there was the farm land that would supply the food for the cities and then came the cities were most of humanity would spend its days. This kind of life would be highly regulated, the ownership of things is frowned upon and normal relationships like marriage, which encourages procreation, no longer exist. To travel involves a bike and you don’t own a bike because they belong to the community. There is more to this plan but it is the first installment of the vision for the new world order.

There have been different installments that haven’t been that forthcoming until now. The Great Reset is a book by Klaus Schwab who had it released just before the lockdowns of 2020. In it he mapped out a plan for the world to use a disaster like a pandemic to change society as we know it. He envisions a socialist society where people don’t own anything, free market capitalism doesn’t exist, all money is digital, people will have social credit scores, and lockdowns are a permanent feature of life to keep carbon emissions down. This plan started to be pushed after it was revealed COVID-19 was a threat to the world and videos were released discussing the new world that is being worked on. “You will own nothing and be happy.” The 45-minute-long video doesn’t explain anything, there are no details as to what the great reset is. The whole thing plays like an add for a pyramid scheme that someone is trying to sell you.

Currently there are several aspects of the great reset that are being put into play. The elimination of petroleum has started. President Biden put a halt to the Keystone Pipeline and during his campaign run he did state that he would put an end to fossil fuels during his administration. The food supply is moving away from animal protein due to the belief that they cause higher carbon emission and that protein alternatives like soy and insects are better for the planet. Large populations of poultry and swine have been culled in the last year from fear of disease. The lockdowns have started the destruction of small businesses in favor of large corporations that are becoming more dominant in the food supply chain. Bill Gates is now the largest land owner of farm land in the world.

To help further the great reset new ideologies are being forced onto the public in an effort to make “right think” the norm and to stop the questioning of these new policies. BLM and antifa brought identity politics to the news with no repercussions for violating lockdown orders and massive amounts of destruction against private businesses. We also saw discussions against the ownership of private property on liberal news outlets. Free speech is being allowed for certain political beliefs while those with opposing views are labeled hate speech or insurrection. To not follow the great reset is to be an enemy of the state. President Obama set the precedent for what happens to enemy of the state with the drone assassinations of US citizens for possibly being enemies of the state. Due process does not exist for those who are considered dangerous to the general public. In the great reset ideas are weapons and those that don’t fit the agenda are terroristic. Anything opposing this ideology is an enemy of the state and can either be reprogrammed for wrong think or be exterminated. In the United States the Democrats who are now in power in the house, senate, and executive branch have discussed the reprograming of Trump supporters because of the threat they represent to their policies.

The Great Reset is not just one thing, it’s not an economic policy, or social structure, environmental overhaul of land ownership, or the start of a fascist state. It is all of these things. Play along and you might get some scraps, oppose and be destroyed. Let’s keep in mind that the same people who push this agenda are also the biggest emitters of carbon on the planet but the middle to lower class are considered the biggest culprits. We shouldn’t be surprised that the same people who now say they are trying to save the world are the ones most responsible for the state that things are in. The Great Reset, rules for thee but not for me, that is the lesson to be learned here.